HOW DENSE ARE YOU…REALLY
If you are anything like me probably not “dense” enough when it comes to taking photographs.

If you live in Yosemite like I do go to the Ansel Adams Gallery and pull the trigger and spend $40 on a high quality Neutral Density Filter. That may sound expensive but when you take into account that many of us have spent hundreds if not thousands of dollars on our cameras and lenses it really is not much money. And for that reason it is important to get a quality filter for just a few more dollars, they include HiTech, Cokin, Lee and some others. I have seen filters and filter sets for a lot less money but then again so is the quality. After doing the research you will find that the lower quality filters can give you a lower quality photograph as well as color shifts.

That depends on what you are trying to achieve. Especially here in Yosemite the sky, granite walls and waterfalls when shot will be a lot lighter then the foreground. This is really noticeable near sunset. As stated in a previous post you can correct this some by underexposing by 2/3’s of a stop but by doing so your entire photograph is darkened.

I bought a graduated filter that is rectangular and darker on the top of the filter and gradually becomes clear on the bottom. With this type of filter I can darken the upper part of the photo and the bottom of the photograph remains unchanged. I prefer as many do to just hold the filter against the lens without a filter holder and look through the viewfinder until I get the “look” that I want. You will find by using this method that the entire photograph will be exposed at the same value.

Here are a few examples of using a .9 graduated neutral density filter 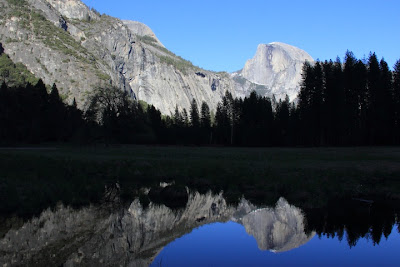 Half Dome an hour before the sun starts to set. This is without a filter.
Note the exposure in the foregropund verses how washed out the sky and Half Dome are. 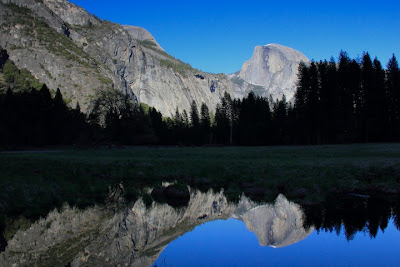 And the same shot using a filter a mintue later.
Note how even the exposure is throughout the photograph. 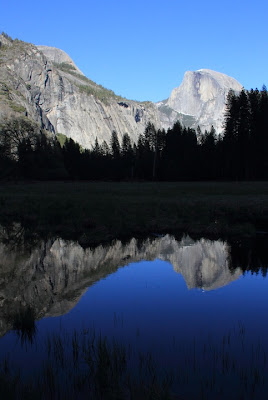 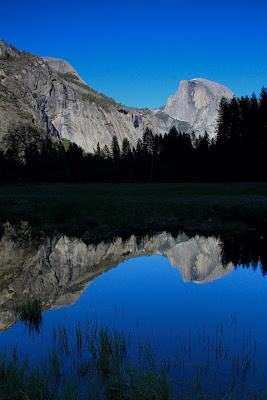 .9 Neutral Density Filter
Again note the even exposure and the richness of the colors 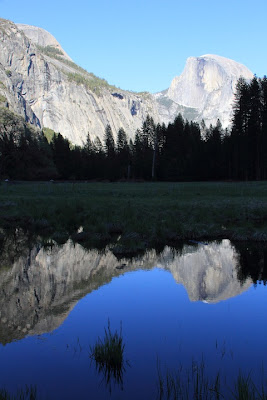 No Filter... just slightly a different compostion
Note the position of the plants in the foreground
and the overall exposure of the photo 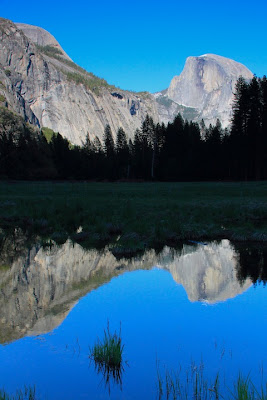 .9 Neutral Density Filter
In this photograph the exposure is much more even
and there is more detail is in both Half Dome and the foreground

Another choice is a circular filter that mounts to your lens like any other filter, just screw it into place. With this filter the entire photograph is “stopped down” and the number of stops depends on the filter you buy. A .3 is one stop, .6 is 2 stops, .9 is three stops and a 1.2 is 4 stops.

This can be used to slow the shutter speed and achieve the “blurred” water effect on waterfalls and streams. I am still experimenting with the graduated filter and it has worked so far for this effect but will probably end up buying a circular filter at some point. 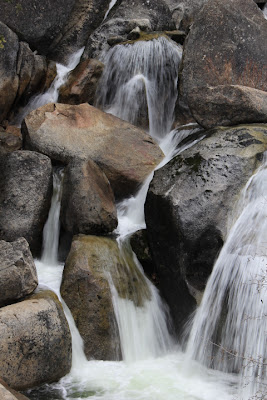 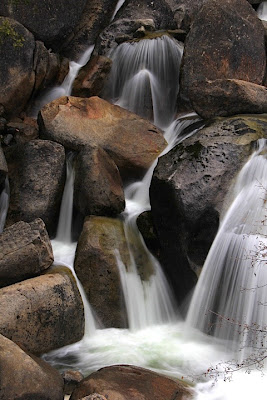 .9 Neutral Density Filter
Here the desired effect is much better

As to what filter to buy. After some research and getting some advice from a “local” professional photographer, Kirk, at the Ansel Adams Gallery I chose a .9 filter HiTech filter to use in Yosemite. It is equivalent to stopping down 3 stops and not so dark as to see a noticeable line across your photograph that Kirk told me may appear using a 1.2 or 4 stop filter. I will eventually look into .3 and .6 filters if I find the need arises for them.

So that is what I have to say about becoming a little “more dense” as a photographer. Also if you are in Yosemite I highly recommend stopping by the Ansel Adams Gallery to see their exhibit of Ansel Adams photographs and to talk to Kirk. Better yet sign up for a Photo Walk with Kirk and get first hand knowledge on how to improve you photographs the instant you are taking them at some of Kirks favorite places in Yosemite Valley. And tell him Larry sent ya….