GO EXPLORING:
Many people photograph Yosemite and many times it is from the exact same place with the exact same view. A lot of the time I’ll look at someone’s photo and I know exactly where it was taken. There is nothing wrong with that but it is not what I have in mind. I want to find different locations and views that most people do not see and photograph them.

Here is a example of what I mean... 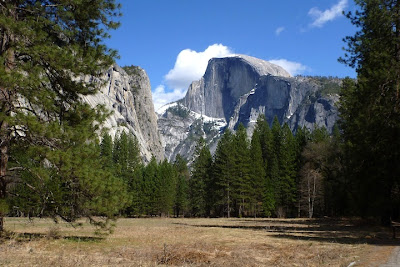 Although it is a nice shot of Half Dome by exploring a little bit you can find a shot that is not as "typical". This shot was taken on the same day and to me a much more interesting shot. 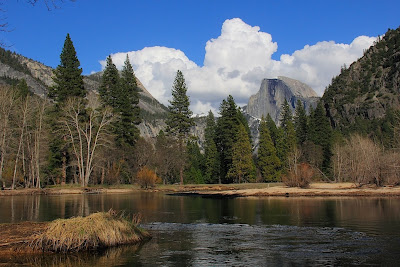 Here is a shot of Half Dome from a total differnet perspective... 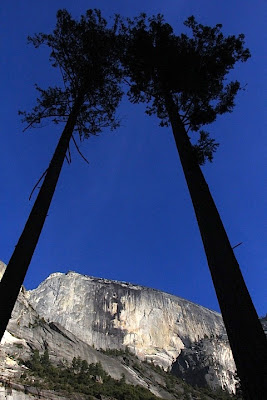 Half Dome taken on the Mirror Lake Trail

I go exploring almost every day. Yosemite Valley is a beautiful place to take photographs and this time of year the only place assessable. Even though I have lived here for three years in the early 80’s I have found trails that I have never hiked before.

Here are a couple shots from a trail I have never hiked before. Even though this time of year you are limited to hikes around the valley you can still find places to go... 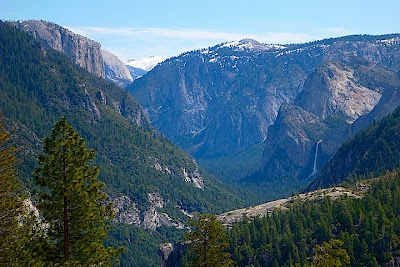 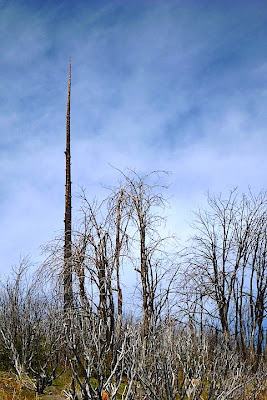 This should give some a hint of what trail I am hiking... 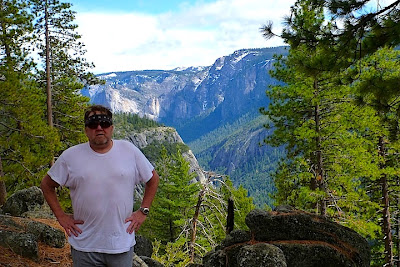 A great place to camp overnight... 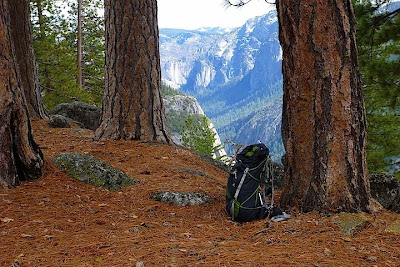 with a great view...

Many times I will go for a walk following a river or taking a trail always looking at where I am and what is around me. I will pay attention to the way the light is falling, the mountains around me, a meadow, the curve of the river, how the water is flowing and even the reflections in the river. You never know what will catch your eye so keep looking and take your time. Again patience is the key.

One day I will walk one direction one day and on another day I will walk the same trail in the opposite direction. You may be surprised how this simple suggestion may turn up an interesting photograph. You will notice views from a different perspective and maybe see the same mountain or river just a little differently. You may find it will yield the exact shot you have in mind but unable to find at first but just be reversing your direction there it is right in front of you.

I am taking my time locating different places for photographs not only for now but when the seasons change. A trick I use is to take a handheld GPS to mark waypoints. It can be a place that at that moment or maybe a place that I think during a different season will yield the image I have in mind. It could be a good photograph now but in the fall when the leaves are changing it can be a great photograph. I mark it so I know exactly where it is rather then months down the road thinking…”now where was that shot I was thinking of when the leaves change”.

I also write notes about these locations to remind myself why I placed a waypoint at a certain location. Using a small hand held recording device makes this easy. For example I will place a waypoint of YF1. This stands for Yosemite Falls with the 1 just meaning it is the first of many Yosemite Falls waypoints I may place. 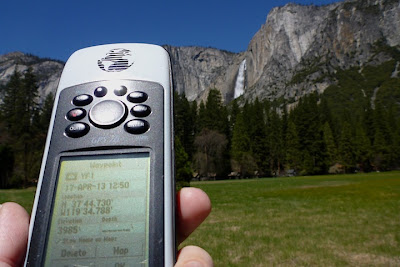 I will make a recording to later be entered on my computer stating for example: YF1 nice shot of Yosemite Falls framed by black oak, might be better in the summer with foliage or better in the fall when leaves change.”
Or maybe I will say “nice shot of Yosemite Falls but leaves on the oak tree will block the shot later in the year.” Keep it simple but make your point. This will save you time and again turn that good shot into a great shot.

Here is an example of a hile I take a couple times a week through the valley looking for something to surprise me. It could be wildlife, a change in the river or how the light is falling that time of day.

Today I came across a group of mule deer in a meadow. I have not seen them here before or after this afternoon. 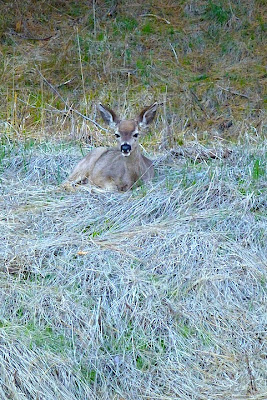 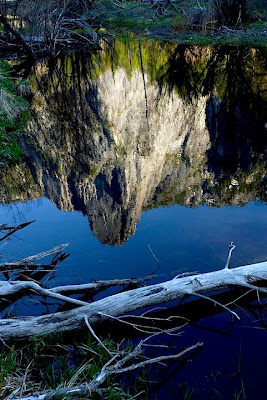 A little further down the trial I found this shot. I like the range of contrast and the difference of the light on Half Dome, lack of light on the trees but still enough light to brighten the river. 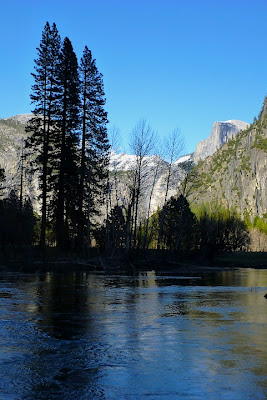 Half Dome and the Merced River

Returning on the other side of the river yielding some familiar sights with a slightly different look... 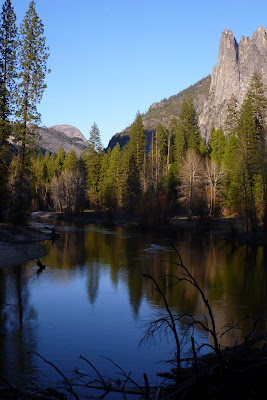 Sentinal Rock along the Merced River 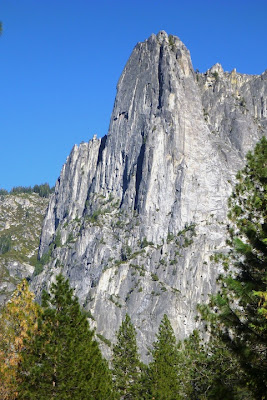 By changing the focal length you get
another totally different photograph 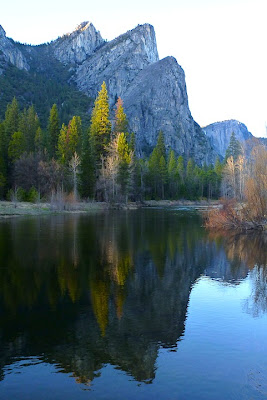 and just by taking a few more steps you find this shot...

Continuing my hike I make my way back to Tecoya. This was only a six mile hike but I got some nice photographs along the way and had a great afternoon in the outdoors. My last stop was at Swing Bridge at sunset. 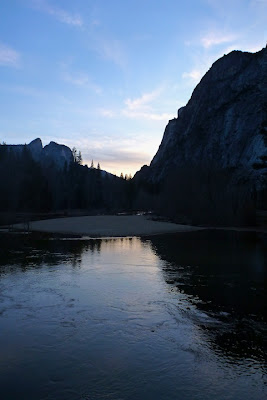 Sunset at Swing Bridge
Posted by AcuDoc at 11:49 AM